Is There Anything Deer Will Not Eat?

Find this article at:
go.ncsu.edu/readext?211848
— Written By Charlotte Glen and last updated by Tiffanee Boone 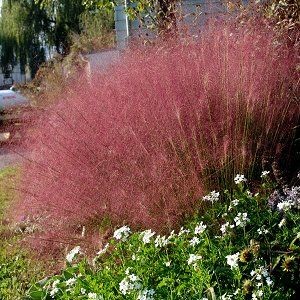 Ornamental grasses like this pink muhly grass are rarely bothered by deer.

High populations and disappearing woodland habitat are forcing deer to seek food in our backyards and gardens. One of the easiest ways to minimize deer damage in your yard is to landscape with plants deer prefer not to eat. While no plant is deer proof, there are many good landscape plants for this area that deer find less palatable – a solution that is both effective and relatively low-cost, once you know which plants to choose.

Like goats, deer are browsers who feed on a variety of plants, including trees and shrubs. Large trees tend to be spared simply because they are too tall for deer to reach all but the lowest branches, leaving small trees and shrubs to bear the brunt of the damage, especially in winter. There are several trees and shrubs that have withstood the test of time and proven to be deer resistant. This does not mean deer will not eat them if it comes down to a choice between eating something they don’t like and starving to death. But most of the time these are varieties deer will pass over in favor of other plants.

In shady sites try Japanese plum yew, available in both low growing and upright varieties, or dwarf palmetto or needle palm, both of which are hardy shrub forming palms. In fact, palms as a group are rarely damaged by deer. Other hardy palms for our area include the trunk forming Chinese windmill palm, which appreciates a little shade, and the stouter, more sun tolerant palmetto palm.

On the whole, deer generally avoid eating ornamental grasses, which is great for gardeners since this group includes many tough, attractive and low maintenance options. There are lots of ornamental grasses available. Some of the most dependable for our area include the many varieties of Miscanthus, pink muhly grass, panic grass (Panicum virgatum) and hardy fountain grass (Pennisetum alopecuriodes).

Another group of plants deer dislike is ferns, which are great for moist shady sites. Reliable perennial ferns for SE NC include Japanese painted fern, lady fern, and cinnamon fern, all which go dormant in the winter, as well as autumn fern, Christmas fern, holly fern, and southern shield fern, which remain evergreen throughout the year. 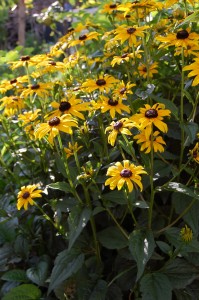 Black eye susans are tough perennials, but are a favorite of deer.

Visit your local Cooperative Extension office to learn more about gardening and landscape care. Go to https://www.ces.ncsu.edu/local-county-center/ to find your county Extension center.