Take the Year Round Gardening Challenge!

Find this article at:
go.ncsu.edu/readext?268646
— Written By Charlotte Glen and last updated by Tiffanee Boone 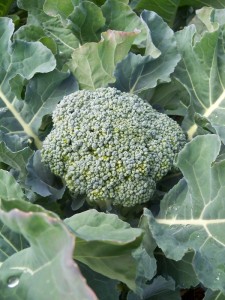 Plant broccoli, lettuce, carrots, and other cool season crops to harvest in spring and fall.

North Carolina Cooperative Extension has a challenge for you:

Grow at least one type of vegetable in each season of 2022.

It’s not as hard as it sounds. Vegetables can be grown outside in southeastern NC from late winter through late fall. And, if you are willing to invest in a low cost cold frame or frost protection cloth, harvesting through the winter is easily possible.

Taking the Year Round Challenge

You can officially join the Year Round Gardening Challenge by filling out a quick online survey. The survey will ask you simple question about what you would like to grow, the size of your garden, and your gardening experience level. Everyone who takes the challenge will have the option to subscribe to the Food Gardener email news service to receive regular updates about planting times, recommended varieties, insect and disease problems, sustainable and organic pest management, and upcoming classes and events.

January is a great month for ordering seeds and getting organized for the year to come. Believe it or not, February is the month to start planting hardy crops outside. Potatoes and garden peas, along with their close relatives snow peas and sugar snaps, should be planted in the ground between early February and early March. Carrots, parsnip, lettuce, spinach, mustard, rutabaga, radish, and turnip seed can be sown in the garden from mid February to early April.

Transplants of onions, broccoli, cabbage, kale, and collards can be set out from late February through mid March. If you want to start your own transplants of these crops sow them in an unheated cold frame in January and February. March is the time to start seeds of eggplants, peppers, and tomatoes indoors to have transplants ready for spring. 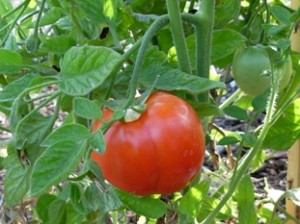 It is safe to plant warm season crops like cucumbers, tomatoes, southern peas, and lima beans outside after the last average frost date; April 15 for inland areas, March 30 along the immediate coast. A few warm season crops will tolerate near freezing temperatures and can be started a little earlier. These include green beans, sweet corn, squash and zucchini. These crops can be sown in the garden as early as late March; just be prepared to protect them if a late frost is predicted. Other warm season crops are frost sensitive and should not be planted outside until all threat of frost is past. These include melons and okra, which can be set out as transplants or sown direct; peppers, eggplants, and sweet potatoes, which are set out as transplants; and peanuts, which are seeded directly into the garden in late April.

By August, cucumbers and squash have usually succumbed to pests, corn is finished, and disease problems have taken out most tomatoes, though melons are just coming into harvest. Don’t be discouraged, start fresh! Late summer is the time to start crops for the fall garden. Sow seeds of green beans, carrots, beets, swiss chard, kohlrabi, leeks, rutabaga, parsnip, turnips, squash, zucchini, and cucumbers in the garden from mid August to mid September. Tomato transplants for a fall crop can also be planted. Sow broccoli, cauliflower, kale, collard, cabbage, lettuce, and spinach seeds in mid August and transplant into the garden in September, or purchase transplants from a garden center. Spinach and lettuce can also be sown direct in the garden in September.

October is the time to plant garlic from cloves and onion from seeds direct in the garden. Both crops will grow through winter and be ready to harvest in late spring. Late summer planted cucumbers, squash, and tomatoes, as well as any peppers and eggplant that are still hanging on, will continue to product until frost, which usually occurs in early November. Expect hardy crops like collards, kale, and cabbage to produce through December or later. The growing season for less hardy cool season crops like broccoli, lettuce, spinach, and cauliflower can be extended by covering these crops with cold frames or growing them in an unheated tunnel house.

Learn more about The Year Round Gardening Challenge here: //pender.ces.ncsu.edu/year-round-challenge/

Learn more about vegetable gardening from these Extension resources:

Contact your local Cooperative Extension office to speak to a Horticulture Agent or an Extension Master Gardener Volunteer to get expert advice.

Visit your local Cooperative Extension office to learn more about gardening. Go to https://www.ces.ncsu.edu/local-county-center/ to find your county Extension center.